From Wild Willys to Skelton Lake: Trekking the High Sierras

The Eastern Sierras are a masterpiece of glacier-gouged canyons, stunning pine forests and icy lakes. The region is marked by natural hot springs set in expansive valleys and canyons. 14000ft peaks stand tall, dabbled with snow and beckoning me towards them! It’s no wonder that Apple named their operating system after this place. It’s photogenic without even trying!

(Not my picture, unfortunately) Mac’s default wallpaper-- taken at North Lake in the Sierras!

It’s made famous by its tufas, jagged rock formations formed by calcium bubbling up from underwater springs. You can swim in it, but floating might be a more accurate word! It’s 3 times as salty as the ocean, so it doesn’t take a lot of effort to stay afloat. The National Park Service lodge sits perched just adjacent to the lake (the only building for miles, it seems!) It’s a great place to explore the history of the region, with interactive maps and videos exploring the thermal activity that shaped these natural wonders. Best of all, the building is set just high enough to get a commanding view of the entire lake.

The view of Mono Lake from the Visitor Center

The Sierras are dotted with natural hot springs, caused by thermal vents just under the earth’s surface. Getting to the hot springs was an adventure in itself. A friend of mine on the trip had just bought a Jeep Wrangler, and was ready to give the 4-wheel drive a spin. Bumping along the dusty, uneven dirt roads which led into the hot springs, I was in a washing machine, banging against the door and even the roof at times. I’m glad he hadn’t taken off the doors for this section of the trip (yes, Jeep Wranglers can do anything!); I might have gotten a little too close to the scenery for my liking!

Wild Willys itself is situated in a windswept plateau, with the high peaks of the Sierras rising on all sites. Admittedly, the experience was underwhelming because of the crowd; it was hard to even find somewhere to sit without bumping into someone. I recommend searching for some more remote hot springs, if you can. We found luck using George Williams’ guide to Hot Springs of the East Sierras, since some of the lesser-known spots are listed in here. Make sure the springs are marked though! Temperatures of hot springs can vary, so it’s best to avoid the scalding ones!

The bumpy road to Wild Willys!

At night, we stumbled upon an unmarked campsite at the end of another dusty road (I wish I knew the name, but many come without signposts!) It rained almost the entire evening, making the dinner a bit soggy but comforting nevertheless. It’s not typical to have rain in the Sierras in May, but it pays to check the forecast! A note on warmth: Fires are typically not allowed above 10,000 feet in the Sierras because of forest service laws, but luckily we were low enough to start a fire. It’s really magical how much a fire can change the dynamic of a camping trip. For us, it was the difference between huddling into the tents and sharing stories about our lives, both at school and beyond. This was the night, to me, that the 12 members of our group truly bonded over personal stories, open philosophical conversations, and genuine human interaction without the distraction of technology. There’s a reason fire is such a basic need!

Day 3: The quest for duck lake!

My big mistake on the backpacking portion of the trip was taking no second pair of shoes. Some voice inside me wanted to cut back on weight, so I left my two extra pairs in the car. Big mistake-- more on this later!

The Duck Pass trailhead is located at the end of Coldwater Campground south of Lake Mary in the Mammoth Lakes Basin. We got some bewildered looks from the campground staff since we had moved a few roadblocks to get closer to the trailhead, be we figured our permits would speak for themselves.

Into the backcountry! As we gained altitude, more and more hikers told us that they had to turn back because the show was too deep. I didn’t believe them. It was late May in California, so that couldn’t be true, right? Sure enough though, our feet soon sunk knee deep into snow banks that made up a majority of the trail. Most of the first mile, I spent trying to pick chunks of snow out of my boots, to prevent it from melting and pooling in the sole. I gave up after an hour, resigned to my sloshing soles.

Every step was a question: “Will the ground hold or will my foot inevitably plunge to my thigh?” As the day went on, the snow softened and the probability of a safe step plummeted. Some of the snowy spots even had a river running beneath it. By the time we had reached Skelton Lake--about the halfway point to our final destination of Duck Lake-- every step had been reduced to awkward, lumbering lunges. We decided to cut our losses and set up camp.

I walked around camp in my socks all evening, thankful to be out of my boots but praying constantly that I wouldn’t step haphazardly on a melting chunk of ice and risk soiling my final pair of socks. As the clouds hung threateningly overhead, I held my feet close to the cooking stove. Luckily we had a number of aspiring chefs on the trip (as close to chefs as college students can be), so dinner was always a high point. The final night featured a curry of zucchini, peppers, tofu, rice, and ginger.

This whole weekend, we fought to escape civilization. Our trips to the thermal baths were loaded with people. But hey, what did we expect? It was memorial day weekend. We were pretty close to Yosemite, and I couldn’t imagine what kind of exodus from cities that place was facing.

Finally now, we were completely away from civilization.

Peering out from our perch on a peninsula on Skelton lake, the colors painted the landscape. The vivid blues and white dusting of the ice-covered lake. The snow dotting the amber reds and deep greens of the trees along the mountainside. It is no wonder that our minds bloom outdoors. In society we are trapped by man-made colors and objects. People cannot build anything that compared to what is already offered around us. We can inspire awe in what we build-- this is true of architecture, art, and city planning. However, the beauty of creating something eternal is not at our fingertips.

On this final evening, the pièce de résistance was forged. We assembled plastic bags bulging with leftover food, toiletries, and cooking equipment, aiming to keep it out of bears’ reach. It took four of us just to hoist it up, since it weighed 40 pounds. The wire clung wildly onto the tree, tied in haphazard knots. We all glanced at each other with a sigh when we had finally hoisted it about 10 feet from the ground, all thinking the same thing: “for all of our wilderness experience all together, that was one hell of a DIY job.” If a bear had come that night, I have no doubts that a few claws at the tree’s base would have made the entire thing come toppling down.

The trip wouldn’t have been complete without a monster breakfast in Mammoth. Schat’s Bakery did not disappoint! I ordered a roasted turkey sandwich and followed it with a baguette-- yes, you read that right-- and a slice of cake. I got to sample some of my friends’ picks, and I have to say that the bear claws, muffins, and glazed donuts are highly recommended! The bakery is open every day of the week from 6am to 6pm, with the sandwich shop open 7am to 4pm.

Eating that final slice of cake at Schat’s bakery was the perfect metaphor for the weekend; it was sweet, deeply satisfying, and enjoyed in the company of great friends. 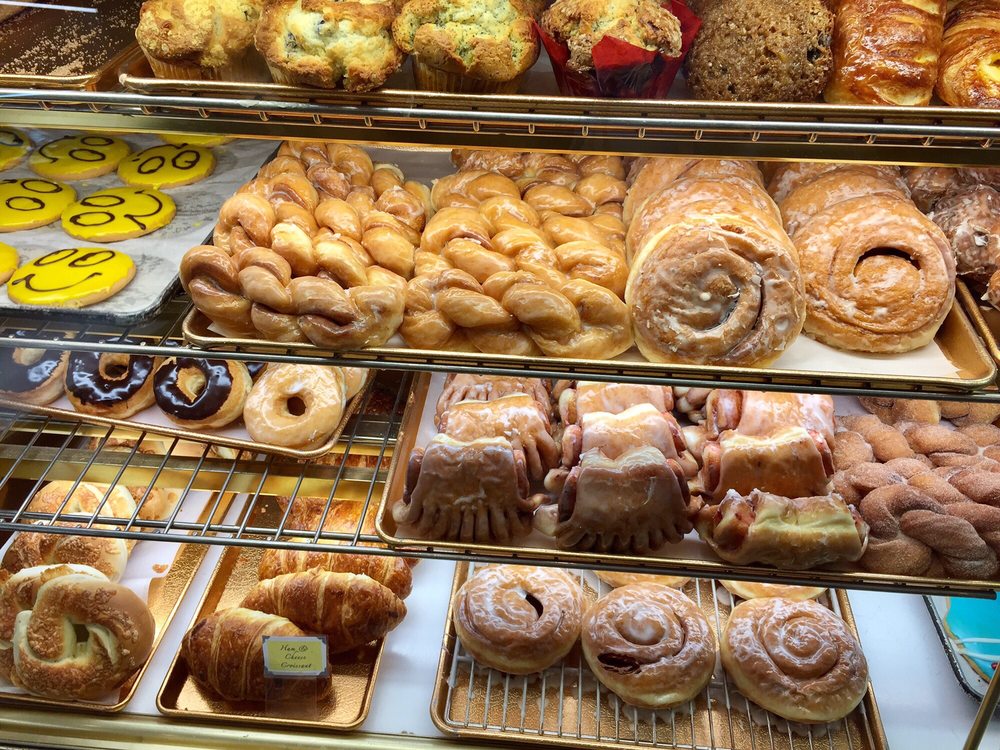 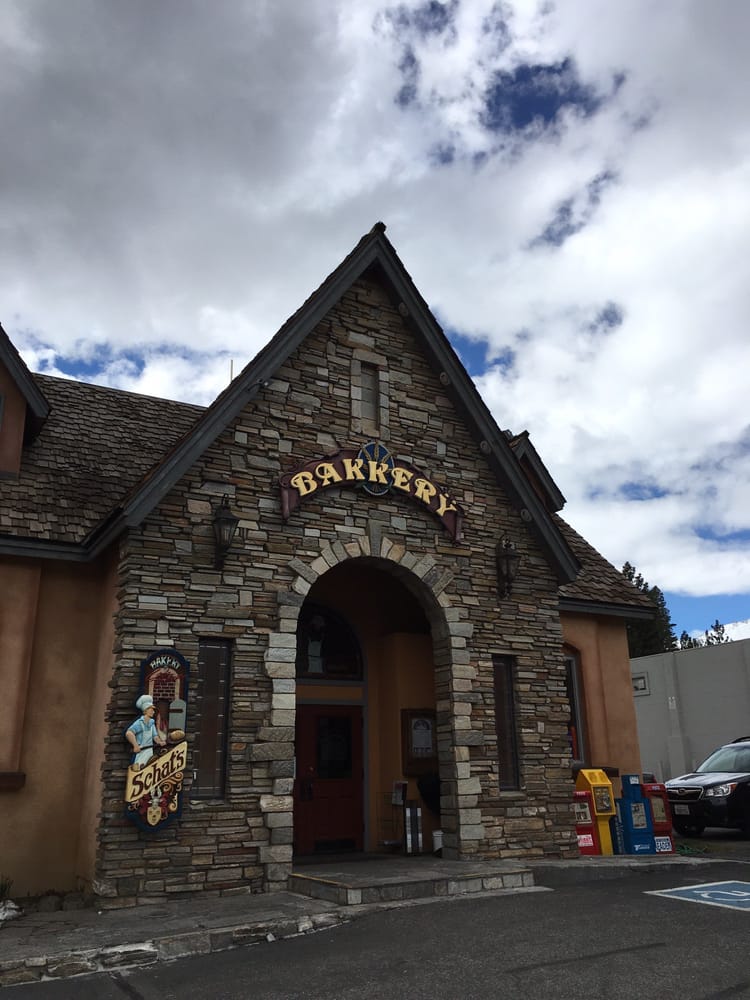 Honest Guides Indonesia: What they don't tell you about Mt. Batur